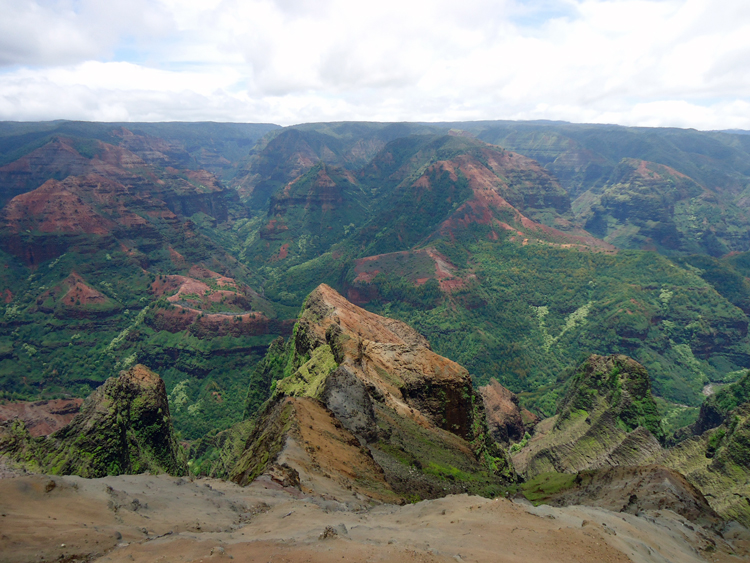 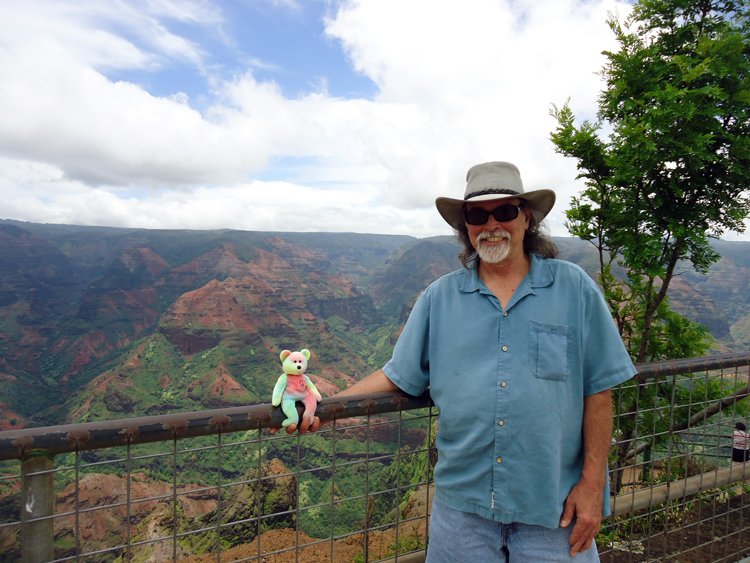 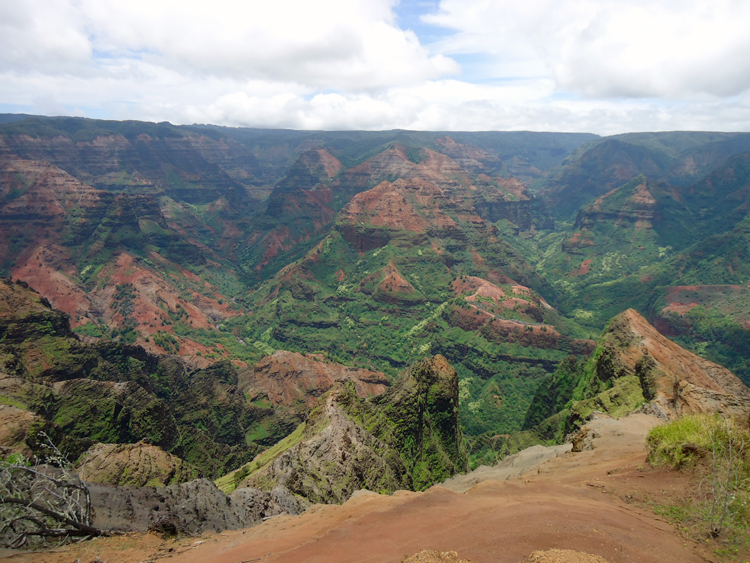 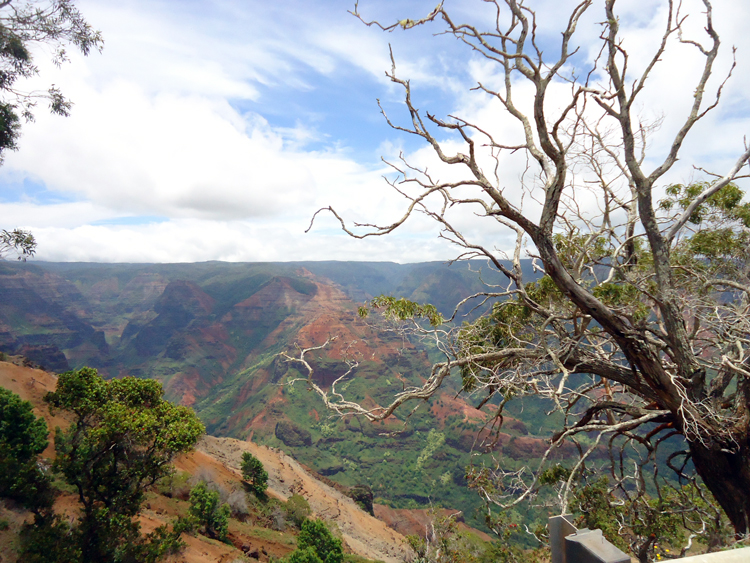 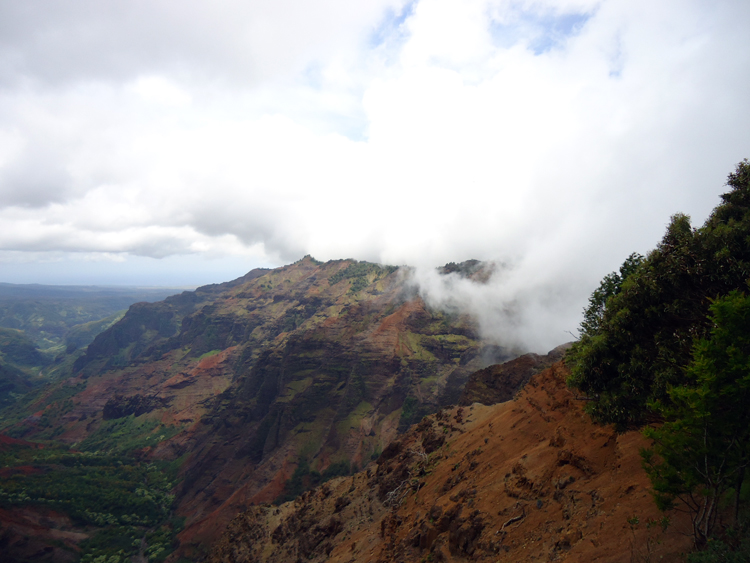 Kalalau Valley was one of the highlights of the trip! 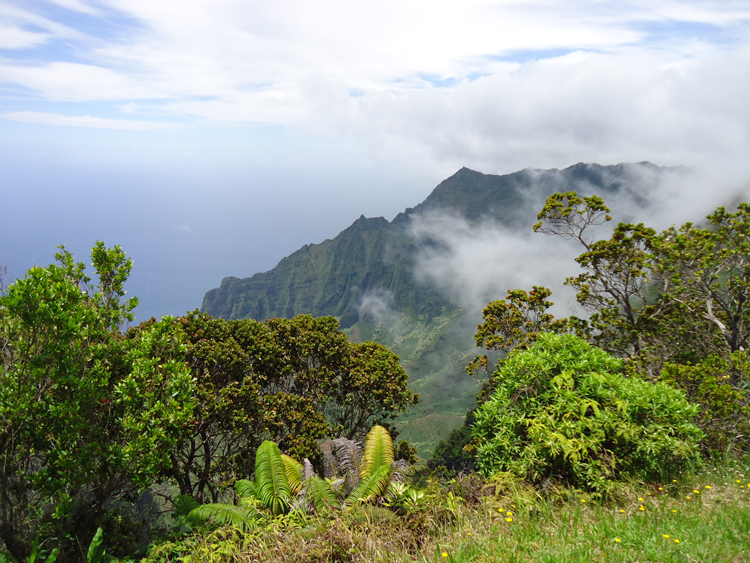 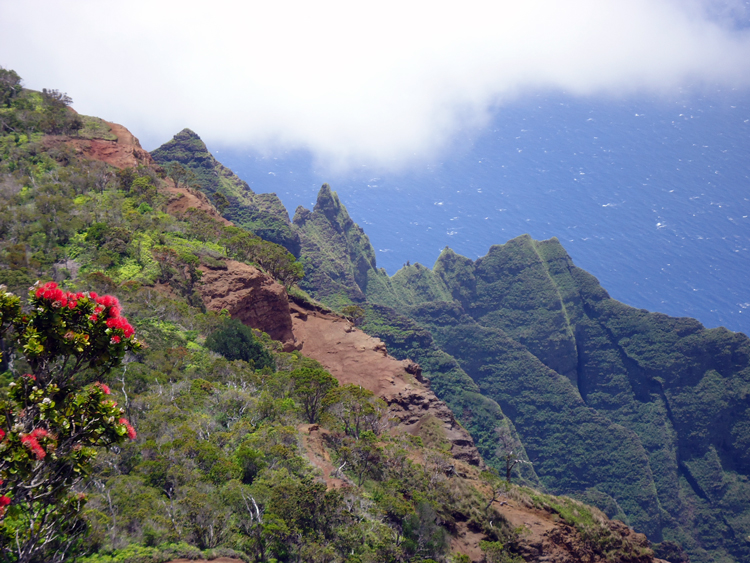 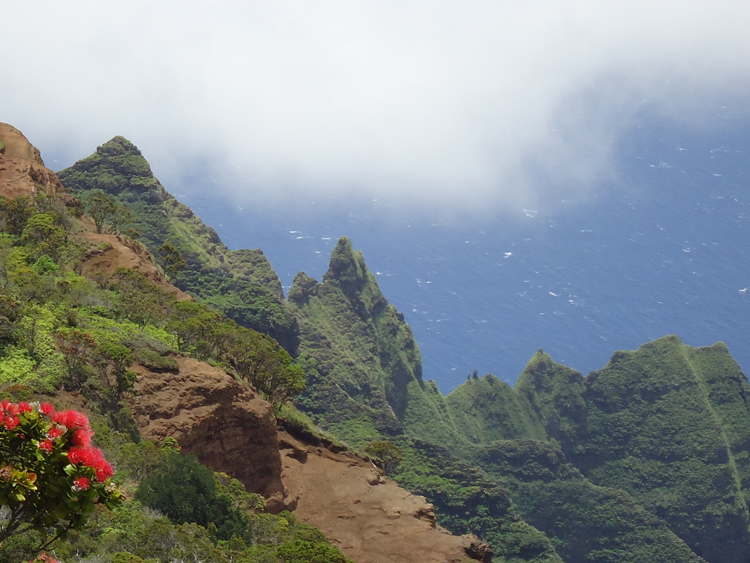 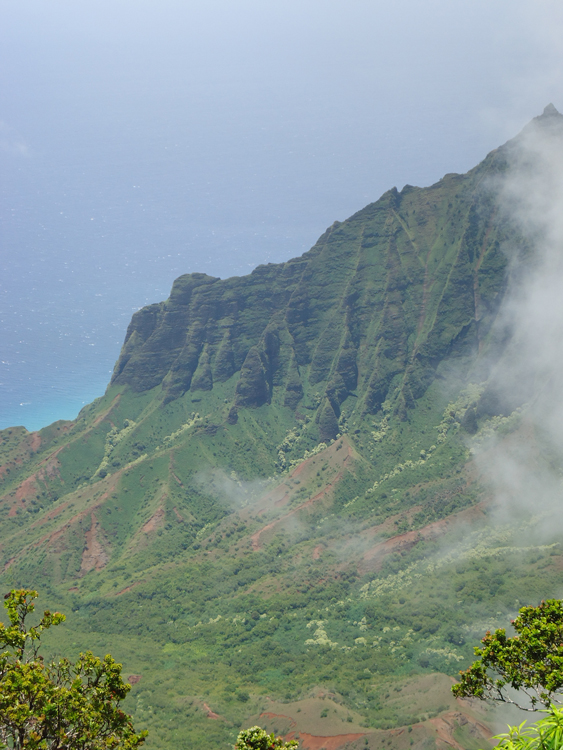 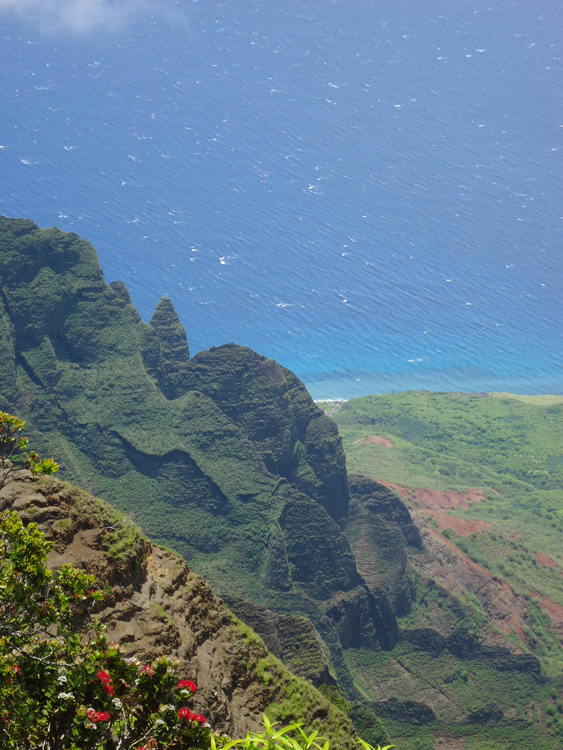 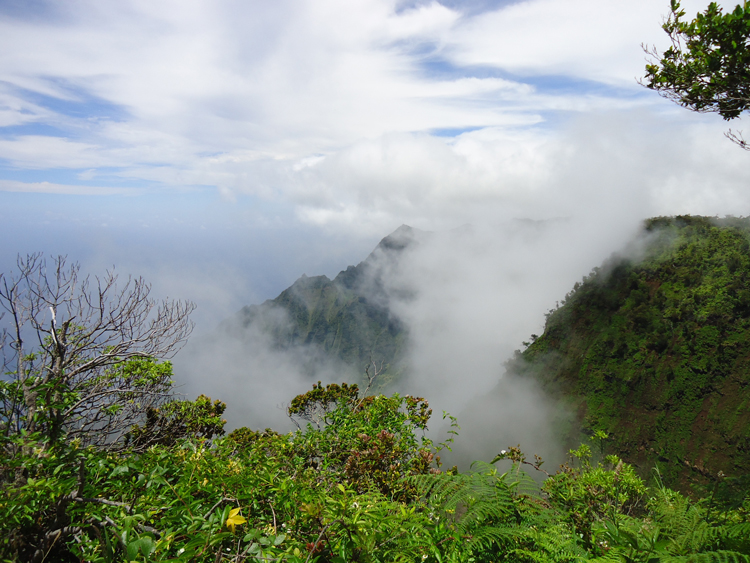 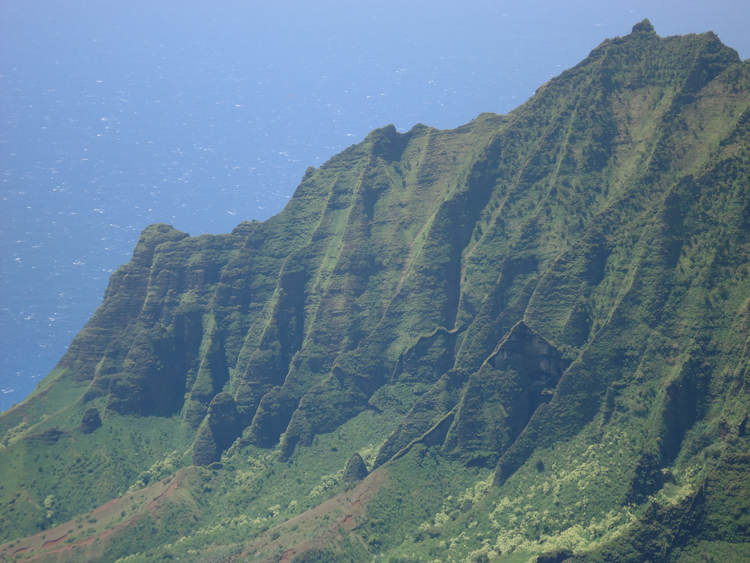 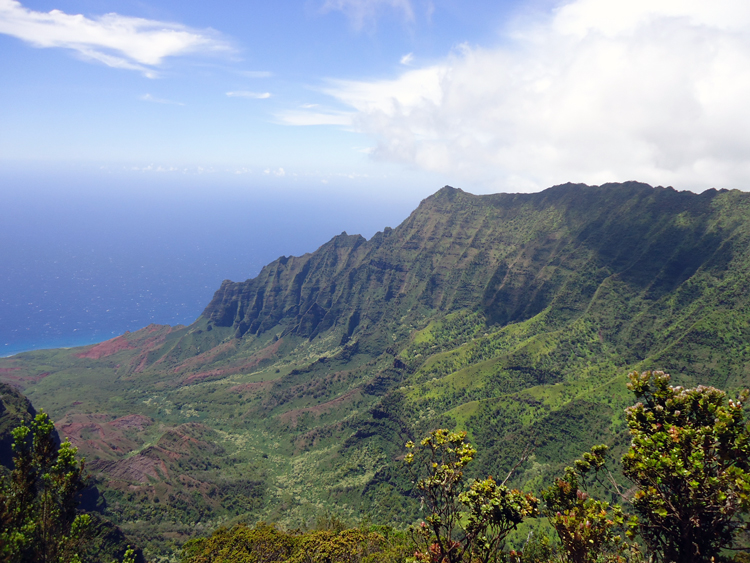 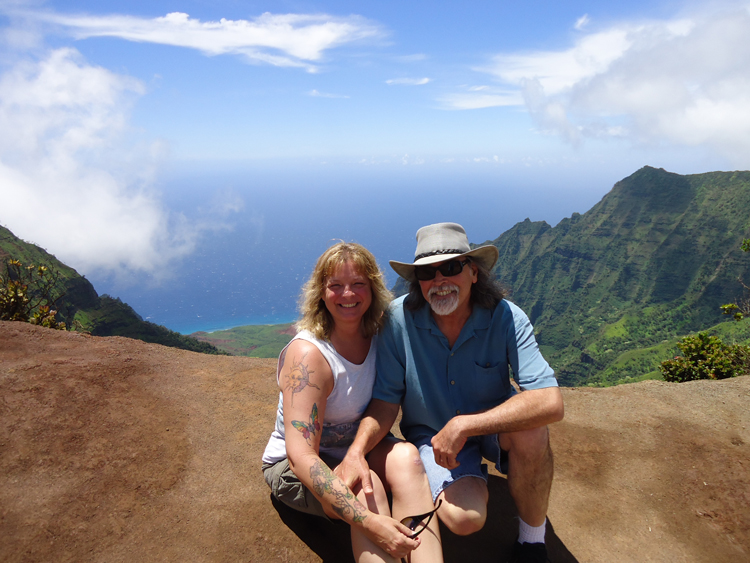 Below is the island of Ni’ihau, the forbidden island off the coast of Kauai as seen from Waimea Canyon Road. 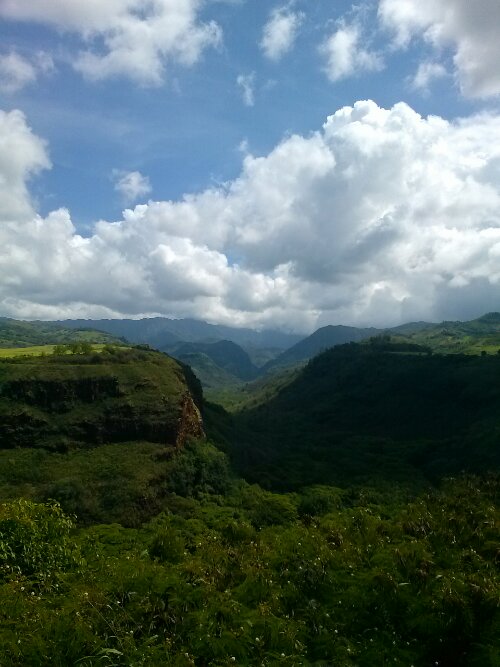 Coming into Hanapepe, up toward Waimea and the canyon, but that’s for Saturday.  A few hours from now we’re off on Cap’n Andy’s NaPali Coast Sunset Cruise, so we’re just “killing time” exploring for now.

In other words, hours from now, we’ll be off the coast of this. 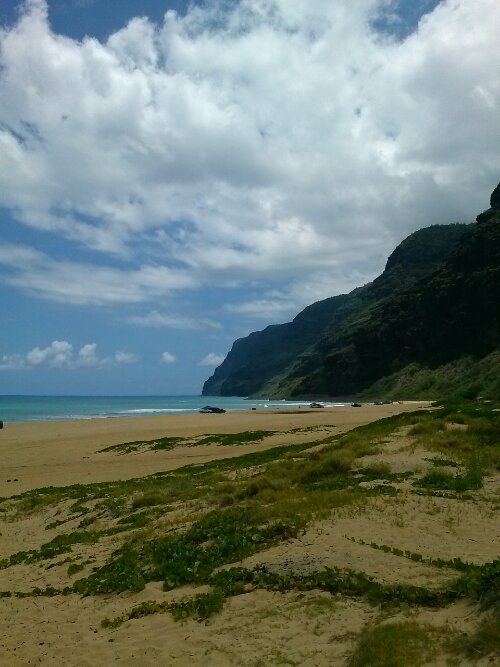 By the way, this above is the end of Polihale Beach, which combined with Barking Sands Beach to the South make up the longest beach in Hawai’i at 17 miles, though a good part of it is taken up by the Pacific Missile Range Facility, so it’s not all accessible.

The PMRF is a remnant of the Reagan Star Wars Initiative, and is apparently the most used missile launch pad in the world as they fire off missiles, then try to shoot them down; and they do it from what would otherwise be some of the most sought after beach real estate anywhere.

Spectacular beach, but the accessible part above is pretty much surfers and experts only, as the wave surge, rip tides and undertows (along with the lack of a lifeguard anywhere within 45 minutes) mark it in signage everywhere  along the beach as one of the more dangerous beaches on the island.  And it looks SO inviting.